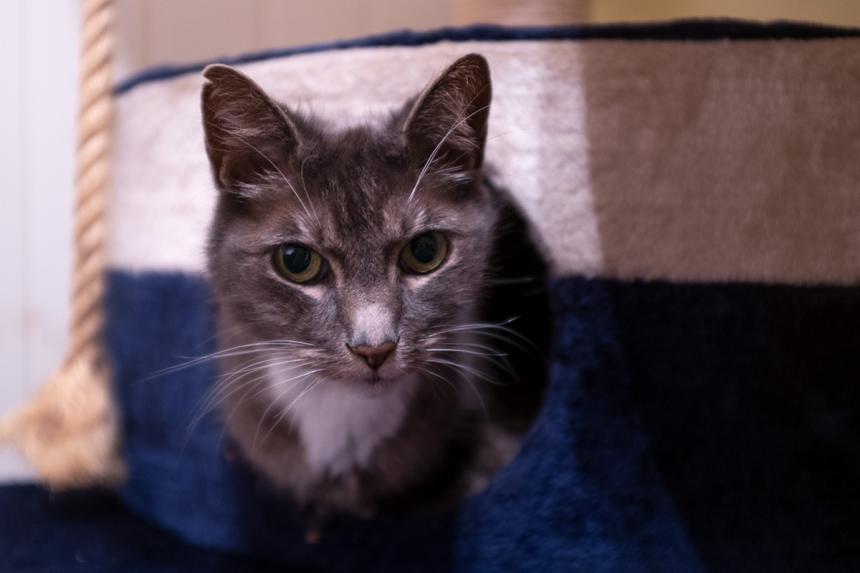 I’ve lived in a lot of different places.  Obviously, in Los Angeles, I needed A/C. It just got too hot in my tiny apartment.  In Oregon, it wasn’t too bad. In Seoul, DEAR GOD, it was a lifesaver. I was living at the top of an apartment building with no lift and the air felt warmer and very humid in the summer.  Everyone had air conditioning.

Enter my three-legged grey cat, whose real name is “Ashe” but who I call “Chubs” all the time in a totally ironic way.  He’s skinny and he’s old. He’s been everywhere with me. He does fine in the winter, but not so great in the summer. He had the worst time when he first got to Seoul.  Then, when summer came full force, he did not handle it well at all. He would throw up on my bed because it was just too hot for him. I had to leave the air conditioning unit on all day because he would throw up otherwise.  That cost me a ton of money, but I did it for him.

Since moving to Belgium, Ashe/Chubs has handled the summer fairly well...until this year.  He stopped eating and became lethargic a week ago. He lost weight quite quickly. His gums had turned pale.  I took him to the vet and he stayed in the hospital overnight, being pumped with fluids and being force fed. He looked miserable.

He’s 14 years old.  I wasn’t sure he would make it.  I mentally prepared myself for his death.  I knew that, should he die, I would get him cremated.  Or, if he were suffering needlessly, I’d let him be put to sleep.  It’s strange to think that, just a few weeks ago, he was his usual happy, purring self.  And now he suddenly seemed very old and very thin.

He pulled through.  However, during the hospital stay, the vets ran blood tests and discovered that he has hyperthyroidism, and that this was also taxing his kidneys.  Add in a heat wave and some dehydration, and, basically, that’s what happened. It’s not like I didn’t have bowls of water everywhere in the house, but he just didn’t drink enough.  Then he didn’t eat enough. It was too hot.

I am grateful that I didn’t lose him.  I still plan on having at least six more years with him.  He’s had such good luck with his health before this incident.  He gets regular checkups and blood tests, so it was surprising that the hyperthyroidism wasn’t caught sooner.

Last year, I almost lost him.  On July 3rd, he had gone wandering somewhere and didn’t come back home.  I felt sick, like something awful had happened to him. And, indeed, something had.  His leg had gotten completely mangled, somehow, possibly by some kind of machinery, and he was hiding in a bush in a garden not too far from the house.  It was obvious that he had lost blood and was dehydrated from the summer heat. I rushed him to the vet. They couldn’t save his leg, but they saved his life, which was enough.

July 3rd also happens to be the day I went into hospital for meningitis three years ago.  That was two weeks in the hospital, plus a couple months just building up my strength and mental faculties.  It felt like hell. So, I released my album this year on the 3rd as a sort of rebirth, taking back the day that has wronged me at least twice.

Anyway, things are still a little iffy with Ashe/Chubs/the old, grey three-legged cat.  His appetite is still small and he seems uninterested in playing or wearing costumes. I don’t how long it will take for him to get back to normal, IF he ever gets back to normal.