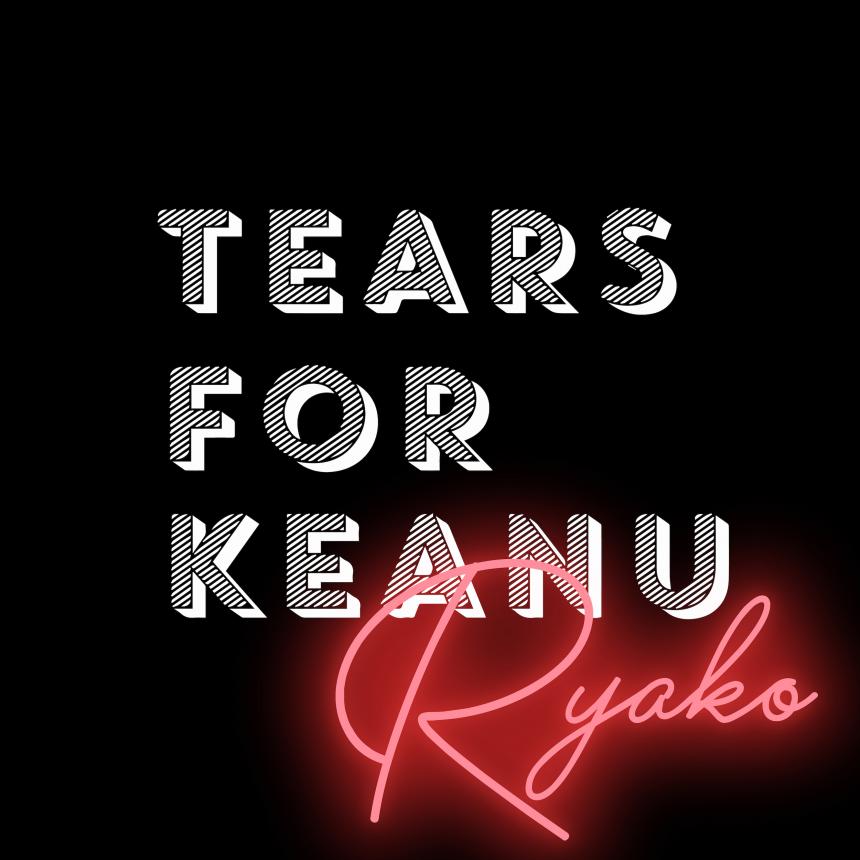 Yesterday, on August 31, 2019, I announced the release of my new EP, "Tears For Keanu".  For those of you who don't know, "Tears For Keanu" is a 5-track EP that I've been working on in the last few months.  The idea of it was conceived in a coffeeshop in Amsterdam, along with 2 other ladies.  Yes, we were all high, and most of the conversations and jokes would be forgotten, but this one would last.

Do you ever have those moments where you know someone is hurting or in pain, but you feel like you can't do anything?  I mean, you can offer condolences and such, but it never feels like enough.  And, though the person on the receiving end of that isn't expecting you to fix their lives, don't you still wish you could do something?

"Tears For Keanu" began as a joke, then evolved into an idea.  How many of us have been lied to, betrayed, or hurt? How many of us have felt unloved, unworthy, or unseen?  How many of us have been devastated to the point where we can no longer function normally?  Wouldn't it be nice to collect our tears and send them off into the universe, possibly to Keanu Reeves, who has proved himself to be kind, compassionate, and full of emotional depth?  Together, the hurt, betrayed people of the world could heal.  We could be seen again.

Yes, I'm fully aware that this sounds like a nutty fan thing, but I was already eyeballs-deep into a joint and I'm a lightweight, so give me a break LOL.  In all seriousness, one of my friends was, and still is, going through pretty much the worst divorce of all time.  I made the 4-hour train journey to her in the Netherlands a couple times, helping where I could, cleaning, cooking, cheering her up, letting her talk while I just listened and told her she wasn't insane.

This project became a way for her to focus her energy into something creative.  She offered her superior art direction skills, and, of course, I took her up on that offer.  It also became a way for me to allow a kind of emotional unpacking, processing, and catharsis.  You can tell a friend that you understand how she feels, but sometimes that sounds trite. I wanted to be able to show that I understood by creating music she, and others going through similar devastation, could connect with.  Sexual awakenings, crushes, lust, anger, hurt, betrayal, nostalgia, optimism, happiness---I wanted to be able to put all of this in the music whilst simultaneously giving Keanu fan service.

I'm so proud of these songs.  They're a bit more Pop than my original Nerdcore stuff, but I was trying to make something different, something unique.

You can find my new EP on ryako.bandcamp.com or via these links here: https://distrokid.com/hyperfollow/ryako/tears-for-keanu

P.S. The last track on the EP is called "Dancing with Keanu".  I wrote this specifically for my friend.  My ultimate wish is that Keanu Reeves listens to the EP and offers to dance with her.  Wouldn't that be awesome?