NEWS OF PAST AND FUTURE 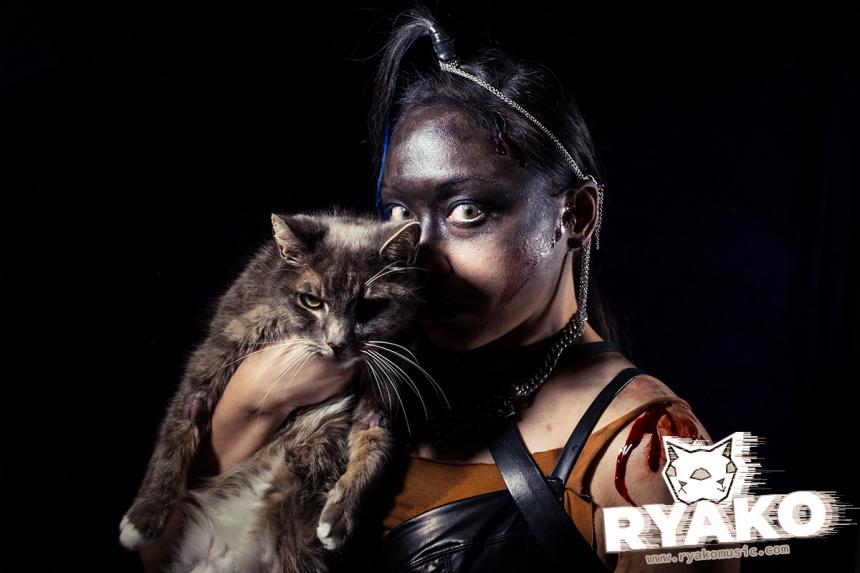 Sorry it's been so long, but I've been quite busy.

First, an update on my awesome three-legged cat: He's old and he's got some kidney and thyroid issues.  He's been going to the vet back and forth, and he's also been on some medication to help regulate his thyroid and nausea.  It's no picnic giving him meds (he's "cheeked" pills on more than one occasion), but they're necessary.  He's doing okay, otherwise.  Still meows at me when I eat steak.  Last night, he stood closely, right against me, even, standing on the arm of the couch.  I thought it was for snuggles, but he was really trying to be closer to my mouth so he could intercept  the ham I was having for dinner.  Shameless.

Second, I'll be traveling from next week to the end of October to go to a friend's wedding, to visit more  friends, and to start filming on the NEXT MUSIC VIDEO.  That's right!  There will be a second video based on "Monster of the Week", which is the X-Files-themed track on "Fangirl".  I'm quite excited and nervous about filming because there's a bit of a time crunch.  Not only that, but this music video involves multiple locations and a ton of work.  Hopefully, it all goes very smoothly, though--let's be real--it probably won't.  I'll cross my fingers and deal with it.

Third, I was lucky enough to land on some podcasts and to interview with some very nice folks!  I sounded like a nervous little nut....because I was a nervous little nut.  But enjoy the crazy, anyway!
The first one was with Chad Walker from Fandomania.  Here's a link to the podcast/interview:  http://fandomania.com/geek-music-episode-153-ryako/
The second one was with Matt Storm for Crash Chords here: http://crashchords.com/ep-104-feat-ryako/

And, lastly, but not least at all, I'll be releasing an EP called "Future Imperfect" on Halloween.
The EP will consist of four songs, combining the genres of Nerdcore, Rock, and Metal.  Yes, that sounds crazy, but have you forgotten that *I'm* crazy?  Yeah, I didn't think so.  It was a challenge to mix and master this EP, but I felt like I needed to get these songs out.
I will be charging actual coinage for this EP (not a lot, I swear), so, sorry for those of you who were hoping to get it for free.  I will, however, be streaming the music from my website and various other places, so, you will have a chance to listen to this madness, even if you can't throw some coins my way.
Whatever money I make from the EP will definitely go into producing more fun stuff, like another music video, or some software for production, or costumes for the photoshoot for another album.  Doing all of this takes a bit of money, and I'm already on a shoestring budget as it is.  But I'm so happy to be able to share these things with you, to share the fruits of my creativity.  I'm so proud of what I've been able to make.  And I'm so grateful to those of you who have messaged me and e-mailed me with words of praise and encouragement.

So, thank you to the humans who have been on this incredible journey with me.
Don't worry, I'll be back.